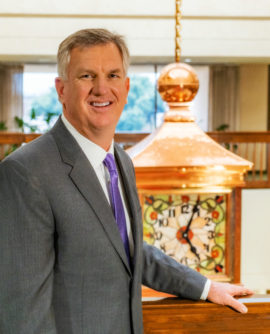 Carter was born and raised in Brownwood. He graduated from Brownwood High School, then Texas A & M University with a BBA in Finance in 1989. He began work career at the First National Bank in Bryan. In 1992 he moved back to Brownwood purchasing the Garrett Insurance Agency. In 1995 he joined forces with Smith Insurance Agency which is now known as Smith and Sharpe Agencies. He has been married to Kristi for 30 years with three grown children. He joined CNB board in 2017.